I have a suite of resources out there to help me in this cake discovery of mine.  I am so lucky to have a master pastry chef as a friend and advice from all over about the cakes.  So, I showed baker friend the cake I am going for.  I can’t share a photo here, because I’d have to remove my sister’s eyeballs to make sure she doesn’t see the cake.  I don’t want her to see the final ideas, though we did scroll through many a cake in the course of the past days.  In talking with my baker friend I had a lot of questions.  I showed her the photo of my cake idea and she believes I can do it with buttercream, no fondant.  So strange, but I am going to take her advice and for now NOT go with fondant.  Even though I have been getting some experience lately with it.She gave me an amazing buttercream recipe that looks divine.   It could bring down the cost and overall difficulty of the cake.  And as my girl says, fondant can really taste like sh*t. Here are some other questions I asked her….On the fondant note, she recommended PVC pipe as an alternative to rolling pins and store bought fondant.

I have a few test cakes planned:

Here is what I have purchased so far:

This is fun…but not cheap.  I am sure I am buying things I don’t really need, but will keep all of my receipts.  First cake attempt this weekend….holiday cake.

This weekend I talked to the sister who is planning her wedding.  I asked how her wedding cake selection is going.  She looked at me with a little bit of surprise and said, “well….I don’t know since you are the one making the cake.”  I remember (foggily and perhaps under the influence of much wine) mentioning at one point or another that I would be willing to make the cake, but the pressure might be a little too much for me.  I also remember a discussion of focus, I would obviously be focused on the cake and unable to pay a lot of attention to other aspects of wedding preparation.  That said, the $800 + wedding budget line item convinced me that this would actually be the best wedding present I could give them.  I’ll be detailing the step by step processes I go through.

My first challenge is to decide the size of the individual tiers and develop a shopping list.

My goal today is to order the cake pans and a couple of other of the necessary supplies.  I still can’t decide on the 2 or 3 inch.

Wilton has a good website to figure quantities.  Though apparently I am supposed to use different calculations depending on whether this is the main dessert or not.  I’ll have to figure that in.  Well, I do love a challenge.  We’ll see how this goes.  Luckily I have a few of test runs in my future.  I figure we’ll need a Christmas cake this year, certainly a cute cake for the shower I’ll also be planning and there is a 9 year old birthday in March as well.   Any ideas, suggestions or advise is greatly appreciated here!!

I caved.  Got it.  Now I am looking for age appropriate games.  Any ideas would be appreciated.

I measure time passing by my children’s faces.  It is hard to notice them change if you don’t have photos as yardsticks.  I was shocked this year when I noticed this tree that was planted in our front yard in 2005.  Friends had come in from North Carolina and I had a horrible stomach flu.  I had completely forgotten that a nursery crew would be delivering and planting trees in the neighborhood.  Our house nearly got skipped, but thanks to my (pushy??) 🙂 visitors I was the lucky recipient of this beautiful tree.  I can’t believe how much she has grown. 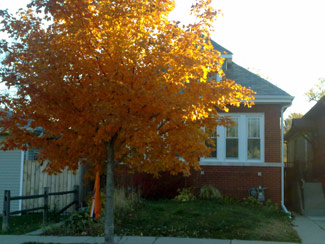 Someone call lofty from Bob the builder cause there ain’t no way this wide load will make it out of bed in the morning. I am not kidding you. Someone I know who I used to be friends with just had to do lunges this morning. The next time
just have the semi run me over. I need new friends.

This is what family dinner is really about.

I went to meet some girlfriends for breakfast and was ACCOSTED by a duo who insisted that I get the boy an XBox for Christmas.  I was surprised that they actually read the blog more than their strong feelings about what is in Santa’s sack this year.  However, I listened.  It is amazing how quickly one will cave when the price is right.  Why they decided to fuel the fire of gaming in our house, I’ll never know.  But I do know one thing.  Some little boy is going to be thrilled on Christmas day cause Santa IS real. 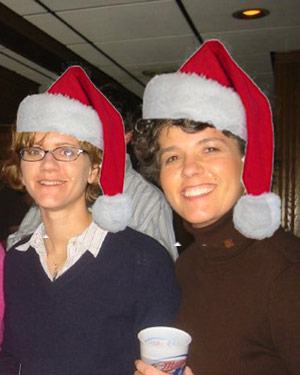 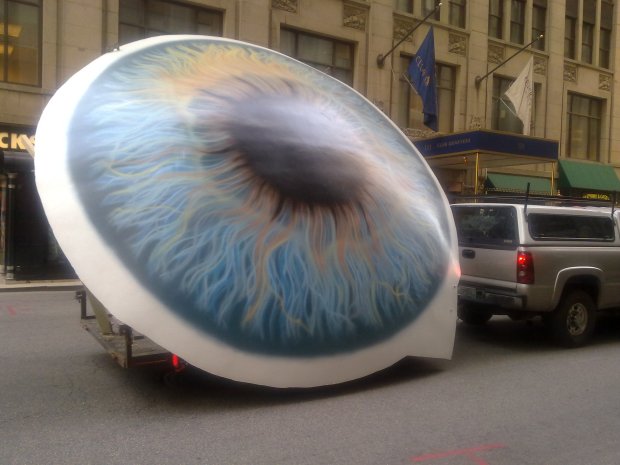 Okay, that isn’t entirely true.  My sister was the Qbert expert.   I was more the pitfall girl.  But, I will say that everything I needed to know I learned playing Atari.

This morning on the way to school I asked my son what he wanted for Christmas.  He quickly told me he wants the Xbox 360, a request shared by my husband.    I firmly replied that under no circumstances would there be another gaming system in our house until he can learn how to take care of the games he has for his PS2, Nintendo DS and Wii.

I can sympathize with his desire to get a new gaming system.  I played Atari games to the point that my dad had to replace the joysticks on a monthly basis.  The red button on the joystick would stick sometimes and the controller itself would stop going right, left, up or down.  My sister and I spent many a Friday or Saturday night with the Kochert boys eating chips, popcorn and Pepsi and playing the heck out of Atari till the wee hours in the morning. 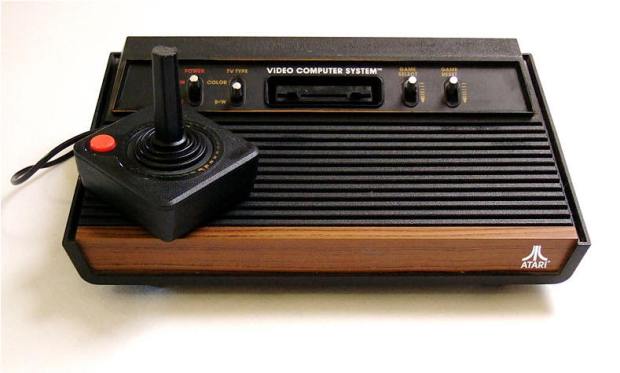 The gaming system of my dreams.

My sister and I have carried the love of gaming into adulthood from computer games (Diablo, Lord of the Rings) to Playstation (Champions: Return to Arms).

My father recently comment that he has missed watching us play these games!  Hours strategizing about how to get to the next plane, kill the biggest demon, jump over the largest pit, find the hidden key to open the hidden door , run backward while shooting arrows has kept me sane (okay, questionable) and in love with technology.  It has in part, driven my love of computers, posting blogs, reading “likes”, getting  the smartest phone and in the past even had me taking vacation days. 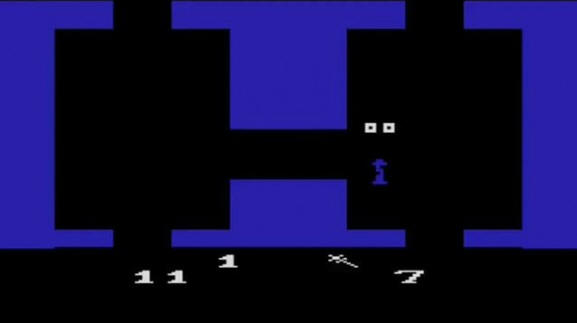 I don’t mind that he plays, in fact, he’s really good.  I have hopes he’ll be able to develop this skill into some sort of career.

That said, he absolutely shouldn’t expect the Xbox under the tree—at least not this year.

I have mentioned before that the search terms that consistently bring in the highest traffic on the blog have to do with the short fat haircut.  I have tinkered with the idea of finding other fatties with short hair to promote.  Some people probably wouldn’t appreciate it if I approached them by saying, “hey, I have a blog and like to feature fat women with short hair, can I take your photo??”  So I thought I’d whip out the google and give it a test drive.  I typed in “fat, short, haircut” in the search bar and clicked on images to get the results.  I am BLOWN away with my own fame.  All I have to say is,  I have the fattest ass and shortest hair around!!!!

That's what she said